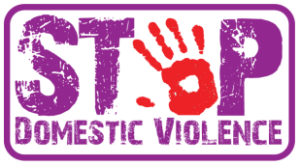 You can learn more about abusive relationships

and reach a trained counselor 24/7 at

Too many women, some just girls, are “tricked”, by their abusers, into believing that they have no choice but to stay in an abusive relationship. They are lied to, manipulated through fear, coercion and battery, and find themselves alone and afraid, ill-equipped to make necessary changes to save their own lives. Often times they don’t even realize that what they are experiencing is not “normal”.

I was one of them.

My own story is chronicled in a memoir published in 2013 called More Than Everything. It took me 20+ years to write about my abusive relationship and my voice still falters when I talk about it. For years I struggled with the pros and cons of  “putting myself out there”, with exposing the truth where darkness had lived for so long. It’s not easy laying your ugliest bits and pieces out for the world to see and pick apart.

Finally, I decided that “there is more room on the outside” and maybe I could help someone else in the process. One of my greatest hopes is that through reading my story, women who may be in seemingly hopeless situations can find the courage to get out and stay out.

I am certainly no expert on the topic, I can only speak to my own story, but over the past few days I’ve read many posts on the topic of violence and abuse. Following is one of the best I’ve seen that paints a full picture and helps explain an abused woman’s skewed thought process – posted anonymously. Here is one woman’s story:

My ex-husband was the most romantic person I’ve ever met. He also hit me on the day we got married, while I was wearing my wedding dress.

That’s why when I saw the footage of ex-Baltimore Ravens player Ray Rice punching his then-fiancée Janay Palmer, I wasn’t surprised that she was now his wife. It isn’t — as many of the commenters on the original TMZ video have said — “all about the money,” or “she doesn’t care about taking a punch,” and it’s especially not that “she is telling all women it’s okay for your man to beat you.”

Domestic violence is so much more complicated than a lack of money, or not having self-respect, or feeling like it’s OK for your man to beat up on you. I’m not an expert on what makes women stay in abusive relationships or even marry their abuser. But I did both of these things and I can speak to my particular story.

I’m from a very conservative Christian background, so when I met my husband (let’s call him Hank) he seemed like God’s gift to my life. I hadn’t dated much in high school and I had just dropped out of Bible college because I ran out of money. I was working and living in the small town where my school was located, and Hank showed up at my church looking extremely dapper in his neatly trimmed beard and dark blue suit.

He wasn’t rich but he had a good job and spent all that spring sweeping me off my feet. It was as if he had watched a million romantic movies to inform his game. He brought flowers and chocolates like a normal guy, but he worked extra hard to make sure it was clear he wanted me. Notes. Phone calls. Phone messages. He wrote “I love you” in the dirt on the back of my car, took a photo and then washed my car for me. He often mailed cards to my apartment even though we lived less than a mile apart. They came heavily scented with his cologne.

The cologne started the part of my story that is much harder to tell.

One Saturday afternoon a few months after our first date, I opened one of the cards and then smelled it as he beamed on proudly. I sniffed and joked “like a woman” because he was the first man I ever knew to send a scented envelope.

I know it’s a cliche, but if I close my eyes, I can still see that moment in slow motion. His face changed from beaming to furious. And suddenly, I was on the floor. It wasn’t until he extended his hand down to me saying, “Oh baby I am so sorry! Why did you have to say that? I’m so sorry!” that I realized I was on the floor because his fist had put me there. I actually thought for a second that a piece of the ceiling must have fallen down. SurelyHank couldn’t have hit me? That was something that happened to other people.

Hank dove into what I now know is the cycle of abuse, but what then just seemed like a cycle of passion. He ushered me to the couch and got an ice pack for my face. He kissed my forehead. He had this strange yet very convincing way of talking about how he had hit me: he spoke in passive voice, as if the violence just happened, as if he had nothing whatsoever to do with it. “Oh, so sorry you’re bruised up,” he said to me that night.

It was an absurd thing to say, but he said it while he curled his body against mine, smoothed my hair, kissed me gently. He would even kiss me on the bruises themselves, like an indulgent parent smooching away imaginary boo boos. It was overwhelming and intoxicating. In some ways, it made me fall for him more. Look at how much he cared for me!

That sounds completely bananas, right? But as our relationship and the abuse became more serious, Hank told me that he only hit me when he had to. “Sometimes, baby,” he’d say, holding me tight, “something you say makes me feel like our love is threatened. And I couldn’t live without you. I couldn’t.”

Why did I fall for that line? Had I watched too many romantic comedies where the man grabs the women, kisses her as she struggles and she therefore falls in love? Probably. Had I watched the women in my family act out similar scenarios? Yes, many of them. I felt passionately in love when I wasn’t scared for my life. But the longer the relationship continued, the harder it became to tease out the love from the fear.

Hank asked me to marry him under a full moon, down on one knee, with a ring in his hand. It doesn’t get more romantic than that. And I said yes, at least partly because I thought the marriage would solve things. Happily ever after, right?

I thought: He feels guilty because we’re having sex, so if we get married he will feel less guilty and stop hitting me.

I thought: He feels scared because he loves me so much, so if we get married he will feel less scared and stop hitting me.

And more than anything else I thought: This is what passion looks like.

But engagement didn’t stop the abuse. In fact, Hank became more controlling. I tried to enroll in community college; he said I didn’t need so much book learning, that I was smart enough as it was. I tried to spend time with friends; he said he wanted to spend more time with me so we could make our relationship rock solid. When I wanted to visit my family, he said said that I was depending too much on them when I should be depending on him.

It was this isolation from my loved ones,  rather than the physical abuse (which, by this time, had sent me to the emergency room twice) that motivated my request that the wedding plans be put on hold. “Let’s talk to our pastor and make sure we’re a good match for each other,” I asked, hoping he wouldn’t explode. Instead, Hank imploded, crying, “This is gonna kill my momma.” He became such a little boy in that moment, I reached out to comfort him and my request was forgotten.

We arranged a small wedding at a chapel, but I still wanted a white dress. He insisted on helping me prepare for the ceremony. Superstition was nothing, he said, stacked up against our love. As he smoothed my gown over my shoulders he said, “I don’t know that white is the right color for you.”

I joked back, “You aren’t exactly Mr. Purity yourself.”

And he hit me so hard in the chest that I bent over, gasping.

I should have ripped off that dress and ran away screaming. But the truth is, by the time that moment came, I felt so lucky to be with him, this man who claimed to love me so much he had to hit me, and so confused and so frozen that running away didn’t even remotely seem like a choice.

In fact, it took me seven more months of abuse and a pregnancy scare to leave him for good. I learned in the domestic violence shelter how lucky I was to still have an okay job, to not have kids by him, to not be permanently injured. Or dead.

It’s beyond silly to say that any woman who is getting smacked around thinks it’s acceptable to be smacked around. No one knows better than a woman who is being abused that it is wrong. Not leaving isn’t the same as consent. I stayed because I was traumatized and isolated. I believed that Hank really loved me and that no man with less passion/ anger (those words were conflated for me) would ever love me like him.

When people act surprised that men who beat their romantic partners are charming, it makes me question their logic skills. Not all charming men are abusive, but you’re not going to have a romantic partner to beat if you’re not charming at some point. The drama and romance are often an important part. Violent and manipulative partners are not being horrible around the clock; something else draws us into them. What women would fall in love with a man that smacked her on the first date?

We want to blame the victim of domestic violence — just as I, for a long time, blamed myself. Certainly I shouldn’t have married Hank. But the world a victim lives in — a world of isolation and diminished self-esteem  — is not so simple to undo. Once the domestic violence ball is rolling, it’s awfully hard to stop.

You can learn more about abusive relationships and reach a trained counselor 24/7 at The National Domestic Violence Hotline and 1-800-799-7233.

Excerpt from my WIP – YA Novel

Please do not participate in or encourage piracy of this or any other copyrighted material. Thank you.
%d bloggers like this: